Yep! Another meme allowing you a peek at some first that took place in my SL. This meme was set forth by Berry. She thinks of awesome memes. I am sorry I can't remember some of the early details of my SL. I blame it on my jump right into the SL sex industry and the fact that those moments weren't special to me.

While answering my questions, I figured I'd show off this adorable pose prop by What Next that is available at Pose Fair. Pose Fair ends on the 14th so make sure to buy all poses!! 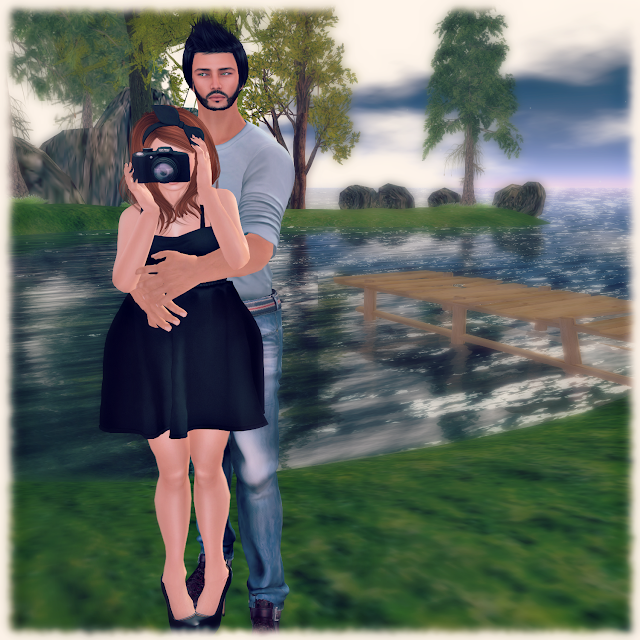 Now onto the questions!


First SL Friend: Sally Courtois...I met her at a noob clothing spot and she took pity on me and showed me a few must needed tips plus introduced me to some friends.

First SL Kiss: I really don't remember. I've kissed a lot of guys on SL. Some were special, some not so much!

First SLex time: Same. I used to escort on here so yeah....

First SL Partner/Girl Friend/Boyfriend/Wife/Husband: Smfro Dragover...dude was as shady as shady comes and actually was cheating on me with my best friend at the same time as he was partnered to me

First SL Creation: Umm, do gestures count? I know they are annoying but I used to make them for various clubs I worked at.

First Encounter with a Linden: I've never talked to a linden. I've seen them from far away on some sims I go to but yeah, I am not a fangirl.

First Encounter with a SLebrity: There is no such thing....Everyone is equal on here in my opinion.

First SL sim you fell in love with: The Far Away and I still go there whenever I'm feeling down. I like sitting on the train and people watching.

First SL Blog post: Haha! Do you really want to see it? Fineeeeeeeeee

P.S. Sorry. I don't know what he's wearing. I prefer him naked to be honest! :D

Email ThisBlogThis!Share to TwitterShare to FacebookShare to Pinterest
Labels: b a v a, collabor88, pixel mode, pose fair, second life, second life meme, truth, what next