As all of you know, The Arcade is in full swing right now with all of its gacha goodness to be had but did you also know there is a The Arcade photo contest happening too? This contest guarantees the first place winner and one friend early access to the next round plus tons of other fabulous prizes from your favorite Arcade stores. It's like a dream come true for some lucky photographer so I figured I'd take my chances and enter this time. I have a slight obsession with pigs in RL. I think they are super adorable so when I saw that Ohmai has made teacup piglets for their gacha, I just had to get me a few and then a little bit of boredom at work led to this scene. I call it Piggy Island in my head. They look like they're having fun, don't they? 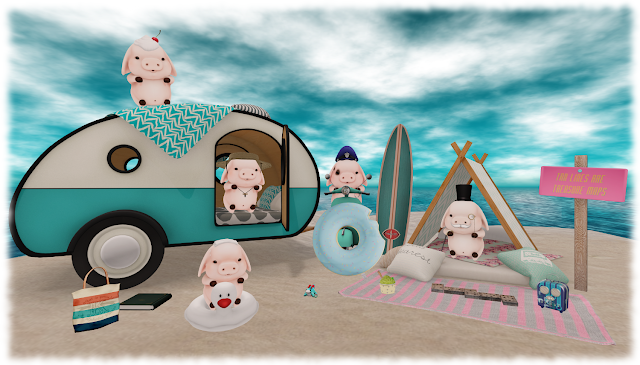 To see what I used for this pic, keep reading!