I Am A Chic Geek

TOSL has a geek chic theme this week and there is lots of nerdy goodness to be had. I'm showing off these fun light saber poses inspired by the movie Star Wars that are out at Magnifique as well as this cute Periodic Table of Elements themed shirt by Rezipsa Loc. You need to grab this list and put together your own geeky look. 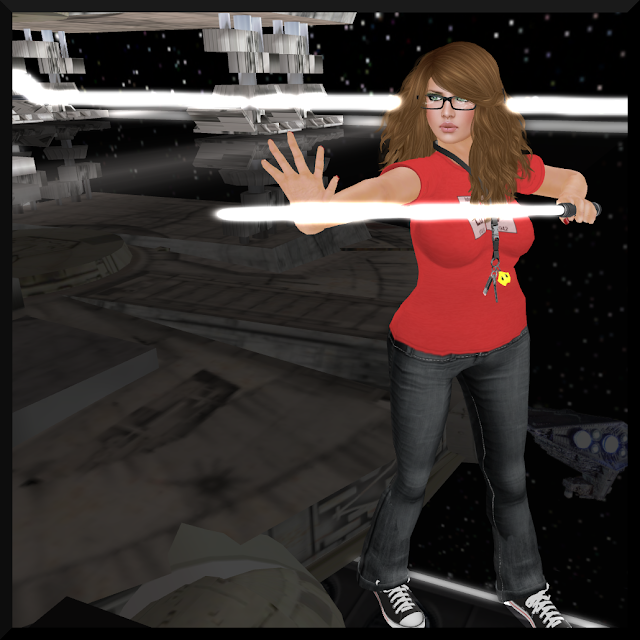 The rest of my look is compliments of La Venta Eventa. Although I have issues with the organizers of this event, I can't help but support some of my fave stores who participate in this event. Somnia is one of them and she's got out a fatpack of jeans (shown here in black) for the low price of 90 lindens I think. I have been on the hunt for a new pair of jeans and these nicely textured ones may just be my new faves. I'm also rocking some glittery nails from Rezipsa Loc that I realized you can't see but they are so pretty and I love that they are tattoo layers so you don't have to worry about detaching them so be sure to check out both of these stores in La Venta this week. 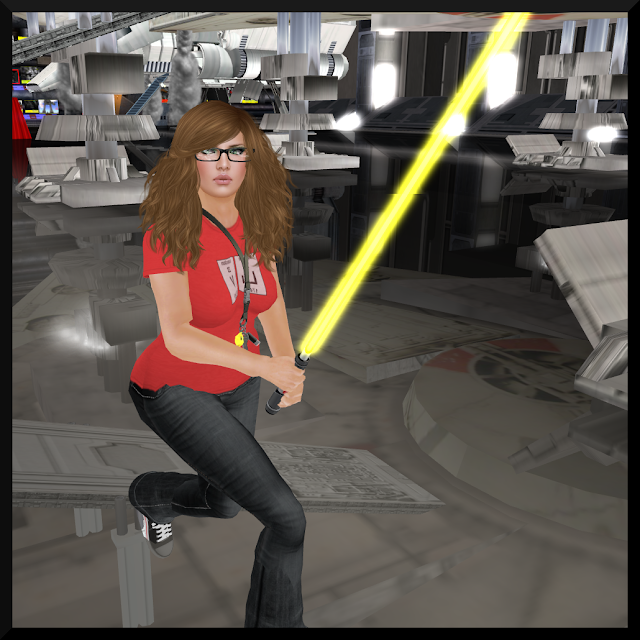 Oh, and did I mention that Truth is having a half off sale as well as many other awesome stores at their Truth District location. I absolutely loved Sophie when I saw her released but waited to get her and I'm so happy I did because I got her for only 125L now. If you can fight the lag, head on over and get your fave Truth style now. I'll loan you my saber to help get through the lag. 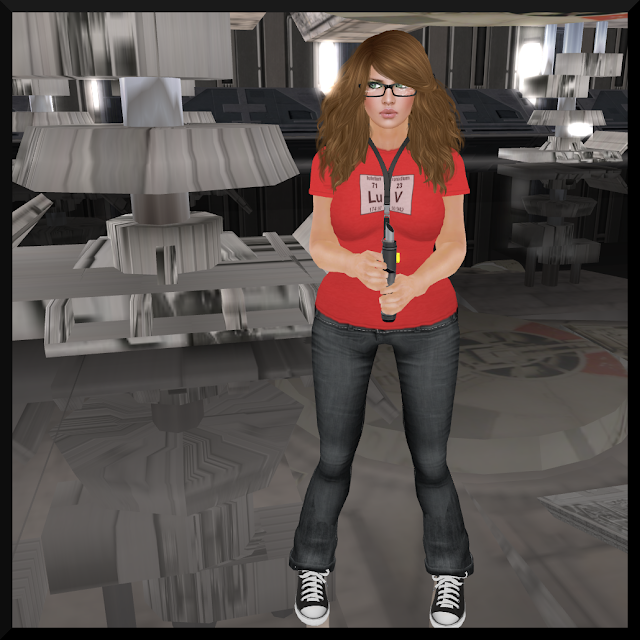